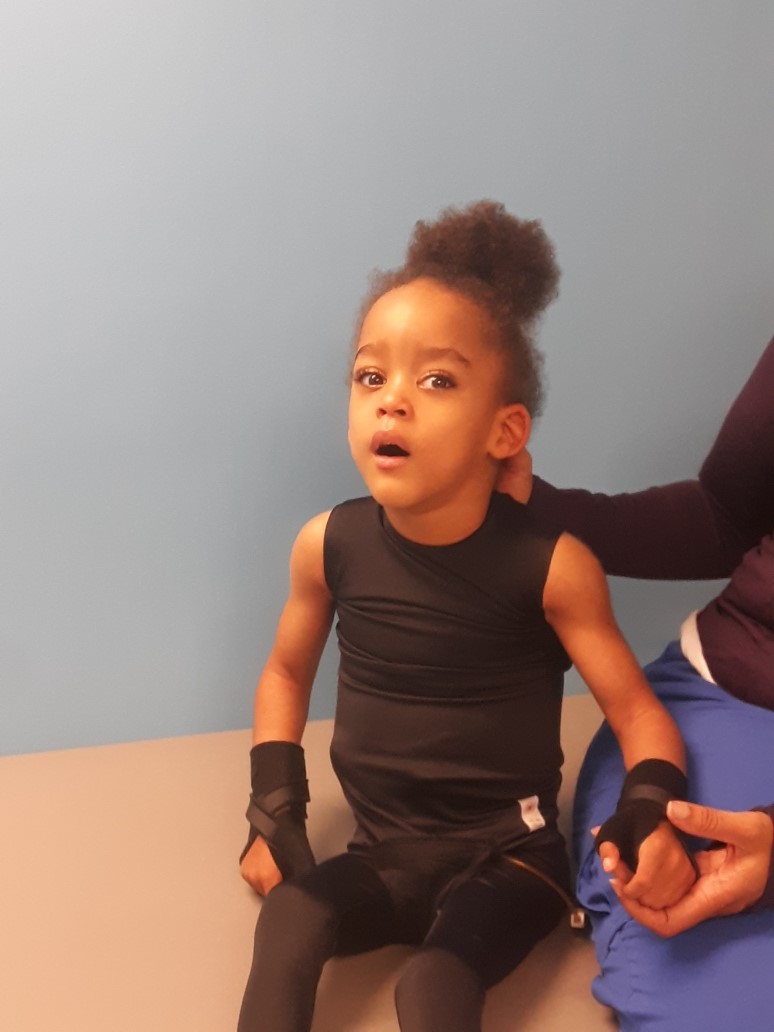 Likes: Cash loves all things Mickey Mouse. He loves watching Mickey Mouse Clubhouse and his favorite episode is the Super Hero one. His mom says, “If he’s awake, Mickey Mouse is on!”

Dislikes: Since Cash doesn’t like things going in his mouth, toothbrushing is one of his least favorite activities.

It’s no accident that four-year-old Cassius was named after Muhammad Ali, considered one of the greatest boxers of all time and a man who stood up for his convictions and made a positive difference in the world. “Our Cassius was a miracle child,” his mom Courtney explains. “He is so tenacious.”

Cash was born at 23 weeks and 6 days. Referred to as a “micro preemie,” he was only 1 ½ pounds at birth. He spent the first 169 days of his life in the NICU. After finally being able to come home, his family took a deep sigh of relief, hoping that his complex medical journey would be behind him.

Instead, his mom soon noticed that Cash would stop breathing without warning. After a number of serious medical events, Cash was finally sent to VCU via ambulance for emergency surgery. Courtney credits a VCU neurologist for listening to her and taking her concerns seriously. Cash was diagnosed with subglottic cysts and only a small space for breathing. Although he experienced immediate relief after his surgery, he was found to have previously suffered oxygen loss and brain damage due to his medical condition.

Cash has cerebral palsy with dystonia. Due to his secondary brain injury, he is currently unable to walk. He is mostly non-verbal, but says a few words. In spite of his many medical challenges, “Cash is the sweetest spirit,” Courtney says. “Everyone who meets him falls in love with him.”

Always laughing and happy, Cash enjoys being held and snuggled. “He almost never cries,” shares his mom, “He’s very affectionate.”
Courtney credits Better2getherRVA for helping her adjust and cope with the many challenges their family has faced. “We really didn’t have anybody until Better2gether,” she explains. “I was so overwhelmed during our many clinic and hospital visits, and the BetterBags seemed to have just what we needed.”

In addition, Courtney attends Moments Support Group where she’s learned a lot about important healthcare topics and has made meaningful connections with other families who are on similar journeys. She’s even learned helpful IEP information that’s relevant for her 13-year-old son, Maxwell.

“Before Cash was born, I didn’t even know there was such a thing as a NICU. I didn’t know so many things,” explains Courtney. “I don’t think anyone understands what it’s like to have a child with complex medical challenges except for people who’ve been through it or are going through it. Having Better2gether has been my saving grace. I cannot imagine where we would be without the resources that I’ve learned about through them.”

Courtney is grateful for the medical team that is working with Cash. “His daily physical therapy sessions are going great,” she shares. “Cash has a resilience that’s inspiring. I get my strength from him.”