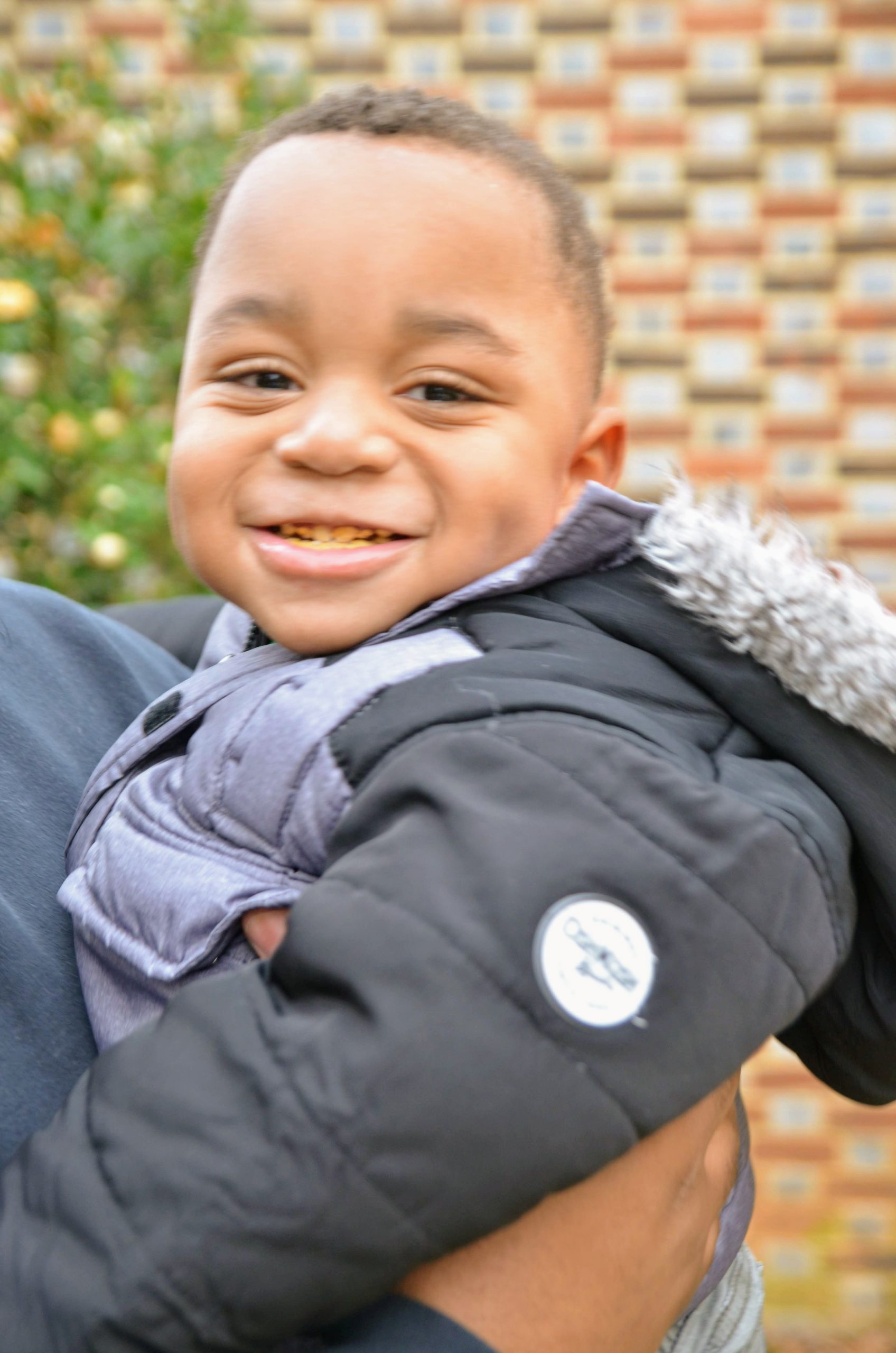 Likes: Cars, trucks and trains – basically anything with wheels! Music – he loves to sing and attempts to play several musical instruments. Being outside. Soccer is his sport. Foods vary a lot but right now, pancakes, pizza, cake, yogurt, and chicken “muggets”.

Hospitalizations: Bryson’s experience with medical interventions began during his mom’s pregnancy with him. Because of many complications, his mom required multiple surgeries and other medical interventions during her pregnancy. Once Bryson was born, he was diagnosed with pulmonary hypertension, lung disease and heart failure. He has been hospitalized numerous times after being diagnosed with kidney failure at 4 months of age.

“Smiling and happy!” This is how Richmond mom, Treshana, describes her almost three-year-old son, Bryson.

This is also how anyone lucky enough to meet Bryson would describe him. During a recent kidney dialysis appointment at the Children’s Hospital at VCU – which he receives three days a week due to kidney failure – Bryson was sitting on his bed, watching his favorite television show and flashing a big smile to his nurses and other hospital staff in spite of the long hours and many medical interventions he experiences during each visit.

“From the time he wakes up at 6 am, he’s a really happy boy. He smiles and plays. He’s never sad. He just wants to play a lot,” Treshana says. “He’s a normal child, but he has complications.”

These complications largely revolve around the fact that Bryson has chronic kidney disease and is eagerly awaiting a kidney transplant. “His kidney is stopping everything,” his mom explains. “He has rickets. He eats from a machine because he was sedated for so long during his early life and never got used to eating food. He can’t walk and just learned how to stand up.”

With the help of his medical team at VCU, Bryson has been placed on a national kidney transplant list, but it can take years to find a match. While his family is genuinely grateful that he’s on this list – and hopeful that a match will be identified soon – they are also reaching out to the community and hoping to find a live donor between the ages of 18-29 who is either B+ or O so that Bryson can have a transplant as soon as possible.

“It’s hard to see a child dealing with all of this,” Treshana says. “With a new kidney, he would be able to walk, eat, play and be a normal 2-year-old. I’m ready for him to be a kid. I’m ready for him to live the life.”
Bryson’s family is eagerly awaiting a kidney donor of B Positive or O Positive blood-type. If anyone is interested in donating for Bryson, we would be happy to connect you to the family and the transplant team. Please contact Stephanie@Better2getherrva.org.